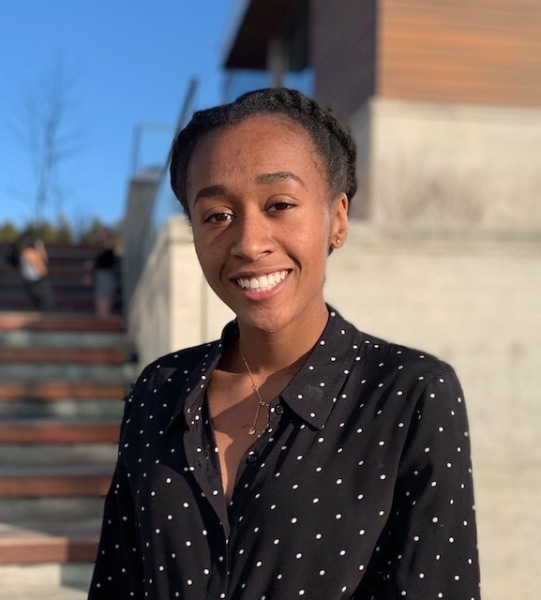 What does inspiration mean to you and how would you use your platform in your future career to inspire others?

Frederick Douglass once said, “Man’s greatness consists in his ability to do and the proper application of his powers to things needed to be done.” To me, inspiration is found in what people have achieved with what they have been given. Martin Luther King Jr: a humble minister from Georgia who used his voice and hopeful mindset to inspire others. Barack Obama: a man who, despite the color of his skin, set a landmark in not only U.S. presidential history, but African-American history as well when he became the 44th President of the United States. Oprah Winfrey: a strong black woman who used her past as a stepping stone rather than an inhibition on her path to becoming an inspiring & successful media mogul. Everybody has the potential to aspire to greatness and become an inspiration to others. Their sphere of influence doesn’t matter as much as their impact on the lives of others. Since the age of 7, I’ve always had a desire to pursue a career in the field of biological sciences; to be a doctor. As I grew older and witnessed the power of technology, the field of computer science appealed to me as well. A strange combination, I’ve been told, but it is what I’m passionate about and what I wish to pursue. I would use my future career as a platform to inspire minorities and youth without hope for a brighter future or who mentally hold themselves back with a mind plagued with stereotypical thoughts. At the end of the fourth grade, I moved to Ohio from California and attended Solon Schools. Once I entered high school, I quickly realized that not only was there a competitive academic atmosphere, but there was a clear distinction in the social groups despite the constant diversity preachings of the Solon staff. As I look back onto my early high school years, I realized that, subconsciously, I gave into the stereotypical mindset of many students. I chose not to take AP classes my freshman year because I thought it was for the smart kids…the Asian students. Today, I take 5 AP classes in which I am the only or one of few other black students taking the class. I believe that continuing along my career path can prove to be an exemplar for other students who are deeply influenced by an “inferior” mindset. I want them to believe that they can succeed and to challenge themselves to reach their goals just like I have done and will continue to do.

What are you currently doing to inspire those around you?

During my time in the coronavirus-induced quarantine, I’ve had a lot of time to think about school work, life, and the daunting college application process. As I was researching colleges for myself, bored out of my mind in solitude, I recalled my friend stressing to me about not being able to find places to volunteer over the summer. To me, finding a place to volunteer was never an issue…you just need to know the right places to look. Being the Vice President of my high school’s Key Club and an ardent volunteer since the age of 13, I had already volunteered at many places and events in and around Solon. It was then that I started designing a volunteering website for students in my school. After I compiled a significant amount of information on volunteering opportunities around my area to add to the website, it still felt incomplete. So, I looked at the bigger picture: college. College application season was right around the corner for the class of 2021, but the COVID-19 pandemic threw a wrench in the college plans for many students. It was at that point, my volunteering website transformed into a college preparatory website called “Solon Life Prep.” After over a month of hard work and research, my website was complete with a “Senior Tips” page full of the stats and advice from the Solon graduating class, an “Interest Builder” page containing the school’s information and contact information of Solon alumni attending out-of-state schools, an additional college information page, a volunteering opportunities page, and a blog page. I included all these features hoping to educate Solon families about the affordability of out-of-state schools and provide students with examples of activities they can do in and out of school, starting their freshman year, to build their college resumes. After meeting with the Solon guidance counselors to receive feedback and take further publishing action, the final website was published on May 20th. Already, I have received positive feedback from students & teachers who have found “Solon Life Prep” to be useful, especially during these challenging times.

What you would do with the scholarship award if you were to receive it?

If I were to receive the scholarship, the money would go towards my college savings. I realize that if I want to attend an out-of-state college, cost would serve as my greatest obstacle.

One thought on “Macarah Morgan”